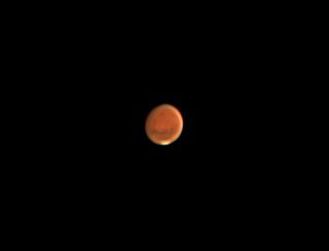 Tonight, I completed my imaging goal for the summer. Mars, Jupiter and Saturn have all been filmed, stacked and processed using a DSLR camera. All three of these images were captured at f/11.8 which means the images above are at accurate scale to each other as viewed through the Orion Xt8i. Mars was the last holdout, with the dust storm washing out most detail during my earlier attempts in late July. For comparison, below are my previous images of these three planets taken with an iPhone 6 back in 2016.

One thought on “The Summer Portrait is Complete”

My hope is that this blog will encourage people who are looking to make the leap into amateur astronomy. View all posts by Michael