An Unexpected Late Night:
Being a teacher has its benefits. Snow days are definitely one of them. The call came in around 6:00 pm; school would be closed on Friday. I jumped up and ran out my telescope to cool down for an evening of observing. While that was occurring, I loaded up SkySafari 6 to plan out what Messier targets I would hunt down on this crystal clear and moonless night. What followed was a wonderful, if a bit cold, late night.

Early Evening: 6:00 pm to 6:30 pm
After setting up the telescope, I took the DSLR to get some images of the waxing crescent moon about to set near the horizon. Messing around with the settings, I attempted to capture the “Old Moon in the New Moon’s Cradle”, or the Earth’s shine reflecting off the dark surface of the Moon.

A Frustrating Start to the Night: 8:00 pm to 8:30 pm
The first three targets of the night were M74, M33 and M77. Of those three, I was only able to view M77, due to light pollution and the low surface brightness of M33 and M74. I will have to find a darker sky location to view them in the future. 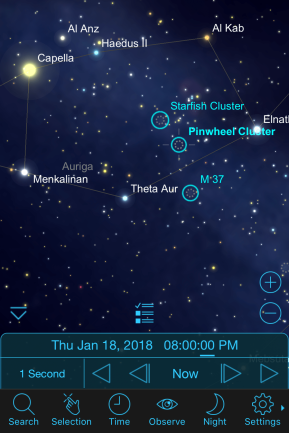 Heading back out, I was met with temperatures in the low 30’s and a crystal clear evening. The telescope had fully cooled and there was little to no wind. I began by focusing on some open clusters in the Constellation Auriga that were a bit difficult to find. At first, I mistook M36 for M38. Silly Me! Once I sorted them out, M36 had interesting star formations that shoot out in straight lines. Moving down to M37, I witnessed a nice dense star cluster that was best viewed through my low power 2 in. eyepiece. The Starflish Cluster, M38 was an interesting site and clearly gets its name from its star pattern. Jumping over to M1, the Crab Nebula is always a disappointment to me, appearing as a dim blob in space. M35 was nothing of distinction but was easy to find from the Crab Nebula, and I caught a glimpse of the small globular M79 before loosing it to the treeline and more heavy light pollution. After this, I took a few shots of the Auriga Constellation to see if my DSLR could pick of any of the star clusters I had just viewed and went inside to warm up.

Early Morning: 1:00 am to 2:30 am
After an hour of warming my feet, it was back outside for another hour of observing. While inside, I decided to focus my attention on some old favorites to end the night. Back outside, I first viewed M44, the Beehive Cluster, which has some beautiful triangle patterns. I was very impressed by M67. It appeared to be layered in terms of its detail, with the brightest stars coming to the forefront at lower magnification and a somewhat cloudy layer of dimmer stars showing up at higher magnifications. M48 wasn’t much in terms of detail but was easy to find. Finally, I ended the night of with two old favorites, M81 and M82. I remember the first time I viewed these several years ago. The way in which they float in space together with their odd pairing of shapes and high surface brightness is a wonderful view. With that, I had tracked down 12 more Messier objects with 75 left to go.

One Last Thing:
As I was packing up, I set up the DSLR for my first attempt at a long exposure shot of Polaris. My hope was to show star trails emanating from it. After making sure I was on the right star and setting focus, I set the camera to 55mm, f/5.6, ISO 100 and put the exposure to bulb. After starting the shot, I came back out about 15 minutes later and ended up with the following image: 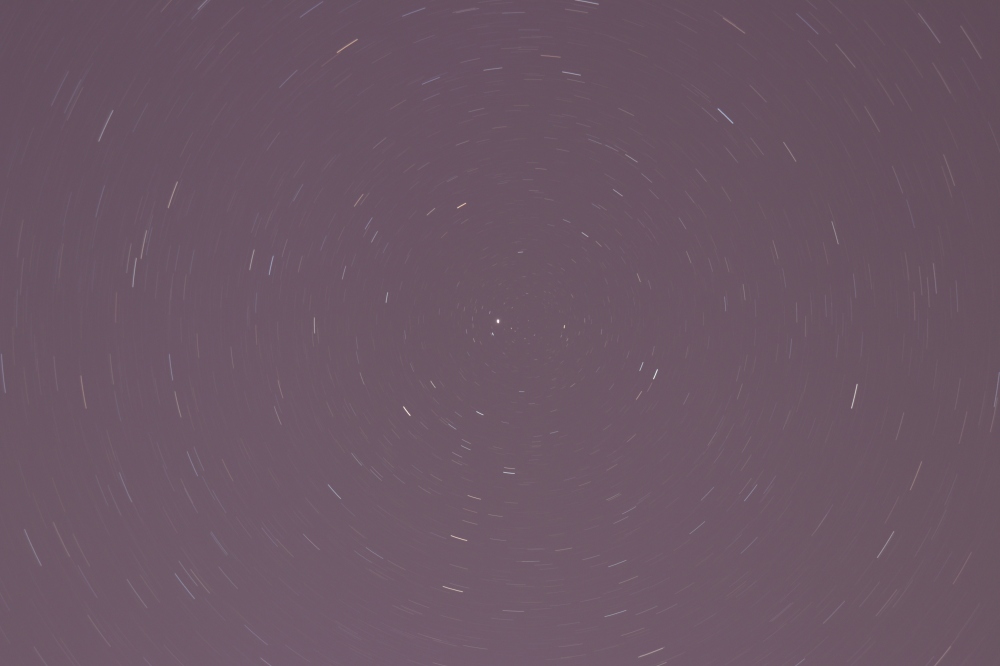 Following some post processing the next day in Canon’s Digital Photo Professional 4, I ended up with this final image: 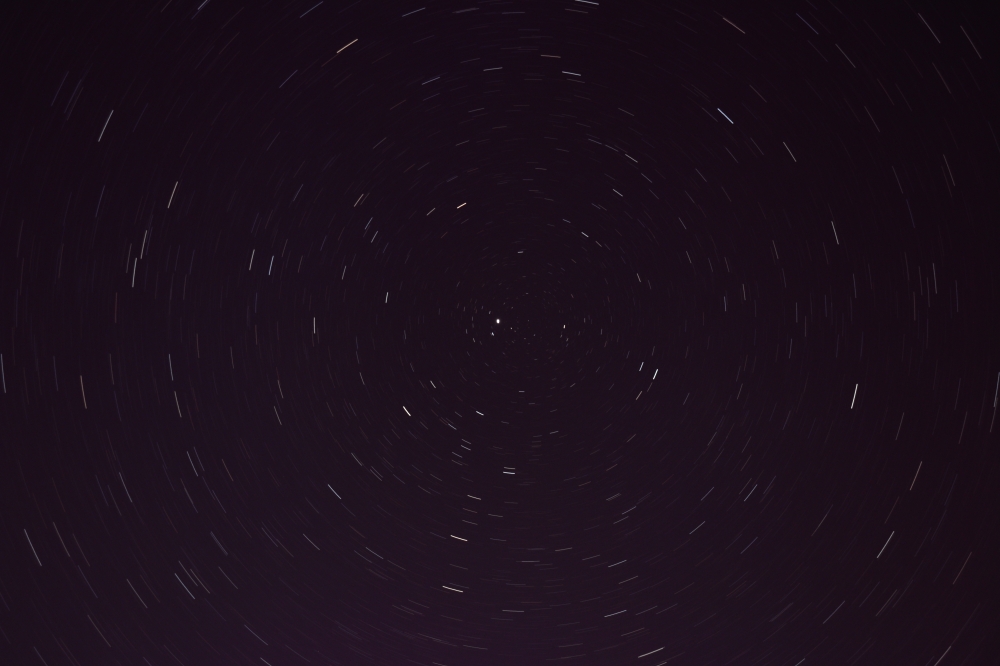