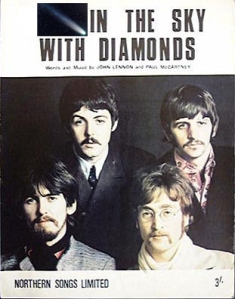 Thanks to the October edition of Sky and Telescope and the good people over at Cloudy Nights, Comet 103P/Hartley 2 had been on my radar screen for sometime.  Weather permitting, a view of it on October 9th looked to provide a rare conjunction of itself and the famous double cluster in Perseus. Thankfully, that is exactly what happened and the views did not disappoint.

By themselves, the double cluster in Perseus are two of the most magnificent objects to view in the night sky.  Without a telescope, they appear as nothing more than small faint cloud regions to a well dark adapted eye.  Put a telescope to them and they resolve into fine points of various colored stars that appear as though they have been sprinkled onto the background of the night.  Comet Hartley 2 is a periodic comet whose orbit brings it through the solar system once every 6 and a half years.  My first viewing of Hartley 2 occurred a couple nights earlier on the 7th and proved to be a more difficult task than I had anticipated. I just could not get myself oriented and had a hard time finding the constellation Perseus.  Tonight, proved to be much simpler, with Hartley 2 so close to the double cluster that finding them meant finding the comet.  While I had hoped to make out a distinct tail on Hartley 2 my expectations were too high as it appeared very similar to comet Lulin from February of 2009, showing up as a grayish “blurball” that could easily be mistaken for a globular cluster or nebula if one did not know what they were looking for.  None the less, viewing a comet is a rare treat, especially one as bright as Hartley 2, even if I was hoping for a more distinctive coma.

Viewing the comet and double cluster at 48X magnification made me wish for a lower power eyepiece in my arsenal.  While I was able to get good views of the comet and double cluster separately, I was only able to get the nearest of the two clusters in the same field of view as the comet.  Being able to view deep sky objects, particularly nebulae and open star clusters with a wider field of view and lower magnification would also give me that “lost in space” feeling.  The problem is, lower power eyepieces tend to be more expensive.  After tonight’s viewing, I’m fairly convinced that a low power eyepiece will be a purchase worth making sometime in the near future.

3 thoughts on “Comet in the Sky with Diamonds”